In the first challenge, Shane and James have two attempts to chip the ball as close to the hole as possible. With both players sending their golf balls high to the right and wide, the judging was easy, with James taking a comfortable win.

In the second challenge, the two sports stars would receive three attempts to putt as close as possible to the hole. Both players showed a soft touch as they inched their golf balls very close to the hole. Shane Ryan came out on top with a putt just 5 inches from the hole.

In the third and final challenge, the Windsor brand ambassadors would attempt to drive the ball as close to the putting green flag as possible. James, who enjoys driving the ball long, pulled off two beautiful attempts, one an impressive hook, which curled onto the next fairway before returning on course to land just shy of the green. Shane's luck ran out, however, as he sent his two attempts far and wide of the mark.

Watch the video below to find out who came out on top in the three golf challenges! 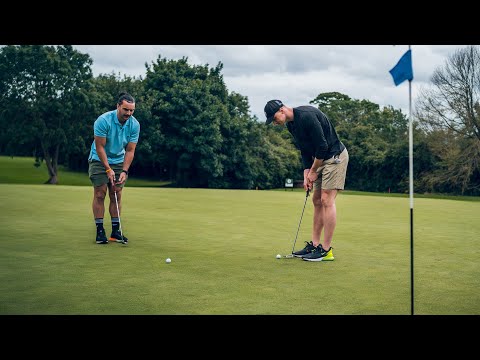